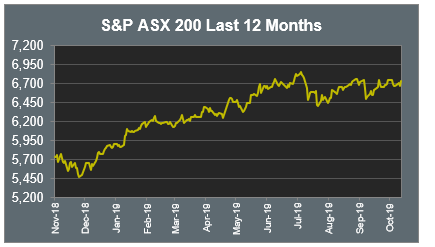 The Australian sharemarket rose 1.0% yesterday, with all sectors in the black, except Energy. The Information Technology sector was the strongest performer. Xero added 9.5%, after the company reported a large lift in revenue and subscribers. The company now boasts 2 million subscribers using its cloud accounting software.

The Financials sector also posted strong gains, led by the big four banks. NAB gained 2.2%, despite posting a 10.6% fall in annual profit, which was not as bad as expected. NAB also cut its dividend by 16% to $0.83 per share. Of the other big banks, Commonwealth Bank rose 1.3%, Westpac added 0.7% and ANZ increased 0.4%. Zip soared 16.9% after they became the first buy-now-pay-later company to partner with Amazon Australia.

The Health Care sector was lifted by gains from CSL and Cochlear, up 1.1% and 0.9% respectively.

The Australian futures market points to a 0.19% rise today, being driven by stronger overseas markets.

Lost in the midst of the Melbourne Cup hype was the release on Monday of Australia’s disappointing retail sales data.

The fall of 0.2% for the quarter was the first quarterly decline since 1991 and, given the significance of consumer spending for the economy, this data can only be viewed as a dismal reflection on the Australian economy.

Household Final Consumption Expenditure is a critical component of the Australian GDP number, and it has fallen 30% in recent years.

Australia’s GDP is due to be released on 4th December, but with dwelling construction and private expenditure weak, it’s difficult to see this data being anything else but soft, with early forecasts suggesting GDP growth will be lucky to hit 0.5% for the quarter. 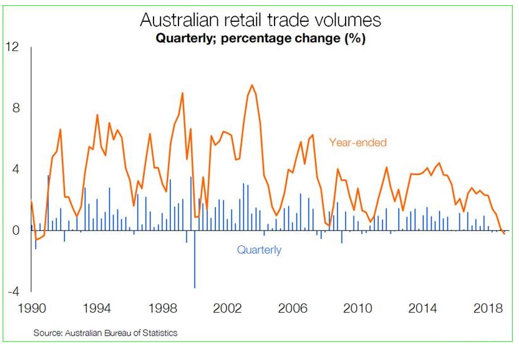