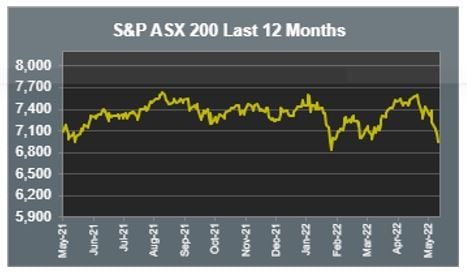 The Australian sharemarket slipped 1.8% on Thursday, after stronger than expected US inflation data proved global price pressures had not slowed as quickly as hoped. The results indicate that central banks may be forced to ramp up their monetary policy tightening in an attempt to control inflation. By the close of trade, all sectors in the local sharemarket had declined.

Sustained levels of high inflation was a major concern amongst investors, as the interest rate sensitive Information Technology sector plunged 8.7%. A key detractor was Xero (-11.6%), despite its report of double digit revenue growth, as their earnings results seemed to underwhelm investors. Another important mover in yesterday’s session was Block, which sank 17.6%.

On the other hand, the Financials sector outperformed the broader market, however, still lost 0.8%. The sector was propped up by Commonwealth Bank (0.6%), which reported that, despite a 1.0% decrease in operating income and 2.0% fall in its net interest income, it produced a cash profit of $2.4 billion in 3Q 2022. Meanwhile, NAB rose 1.0% amid news that it wants to buy the banking segment of Suncorp Group, which would add nearly $60 billion in loans to NAB’s balance sheet. Suncorp’s share price also benefited from the news, up 1.1%. However, these gains were offset by their peers, as Westpac fell 1.9% and ANZ lost 0.9%. Another notable detractor was Macquarie Group, which sank 3.8%.

US sharemarkets were also volatile on Thursday, however closed relatively flat, despite sinking almost 2.0% earlier in the session. By the close of trade, the Dow Jones edged down 0.3%, the S&P 500 inched 0.1% lower and the NASDAQ added 0.1%. Unsurprisingly, the Information Technology sector was the weakest, broadly down 1.1%, with mixed company performance. Microsoft (-2.0%) and NVIDIA (-2.7%) lost ground, while Meta Platforms (1.3%) and Netflix (4.8%) recovered. Another notable mover was e-commerce platform provider Shopify, which surged 11.0%, after its executives said they are personally buying shares given current weakness in the company’s price. Electric vehicle infrastructure company, ChargePoint Holdings (7.5%), also outperformed, following news it will report earnings later this month.

It may not be widely recognised as a leading indicator of China’s economic condition, but it does give an insight into it. In August 2019, Treasury Wines Estates launched into the Chinese market its 2019 vintage Bin 28 and Bin 128.

Shanghai and Beijing are the biggest markets for these wines, but given COVID lockdowns, demand has dropped off. 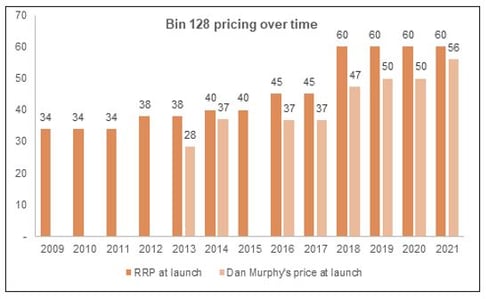 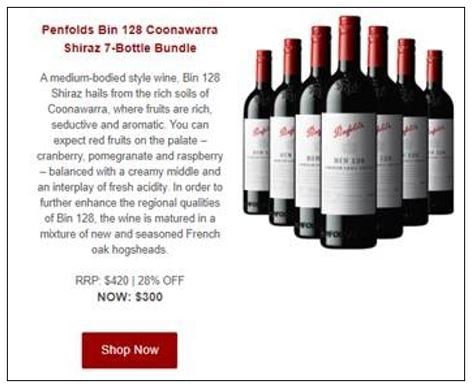 Practice succession: What is it and how to plan for it

Loan structuring: Have you explored all of your options?