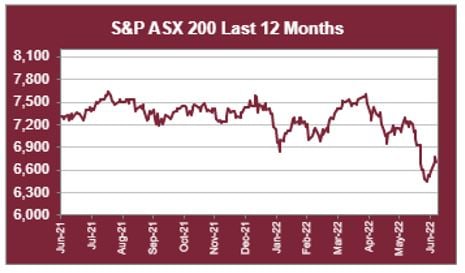 The Australian sharemarket broadly lost 0.9% on Wednesday, to end its four day winning streak, after eight out of eleven industry sectors declined. Losses were led by the REITs (-4.0%) and Information Technology (-2.8%) sectors, with notable detractors being index heavyweights Goodman Group (-4.2%), Xero (-4.9%) and Block Inc (-6.2%).

The Consumer Discretionary sector fell 0.9%, despite economic data which indicated retail sales rose by 0.9% in May, which represented a 10.4% increase year on year. This rise can be partly attributed to higher prices, as the monthly data is nominal, meaning it does not consider inflation. Perhaps a more pertinent economic indicator is consumer sentiment, which hit a 22-month low in June. Wesfarmers (-1.1%), Domino’s Pizza (-3.2%) and Harvey Norman (-2.3%) were important detractors in the sector.

On the other hand, the Financials (0.3%), Energy (0.1%) and Consumer Staples (0.1%) sectors held their ground and outperformed the broader market. Three out of four major banks made respectable gains, after NAB, Westpac and ANZ all added around 1.0%, while Commonwealth Bank gave up 0.6%. Other contributors in Wednesday’s session included Woodside Energy (0.4%) and Coles Group (1.3%).

The Australian futures market points to a relatively flat open today, after a mixed performance from international markets.

European sharemarkets also snapped their four day winning streak on Wednesday, as investors considered the impact of European Central Bank President Christine Lagarde’s hawkish stance on economic growth prospects. Losses were widespread as real estate stocks lost 3.5%, automakers gave up 2.6% and banks and miners both conceded around 1.0%. By the close of trade, the STOXX Europe 600 shed 0.7%, the German DAX fell 1.7% and the UK FTSE 100 eased 0.2%.

US sharemarkets were choppy on Wednesday, influenced by GDP data, statements from central bank chiefs about the economic outlook and the quarterly rebalancing of portfolios. The only sector which moved more than one percentage point was the cyclical Energy sector, which fell 3.4%, and was the session’s major detractor. The more defensive Health Care sector was the top performer, broadly up 0.9%. Despite the Information Technology (0.2%) sector being relatively flat, key contributors included Meta Platforms (2.0%), Microsoft (1.5%) and Apple (1.3%). By the close of trade, The Dow Jones edged up 0.3%, the S&P 500 inched down 0.1% and the NASDAQ was flat.

While central bank monetary policy has turned from being stimulatory to contractionary, Australia’s State and Federal Governments may not be on the same song sheet as the RBA.

The NSW State Government released its budget last week and promises to inject $124.4 billion into the NSW economy over the coming years. Given NSW is the largest state and therefore with the greatest economic impact on the broader Australian economy, this will obviously have a flow on effect to the national economy.

In addition to this, and without making a political comment, the newly elected Federal Government has traditionally been a higher spending one, and should this continue, it looks like there will be plenty of cash injected into the economy that should buffer any inflation induced slowdown. 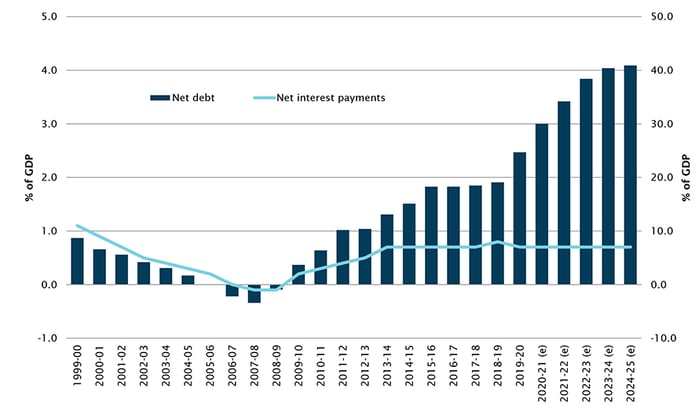